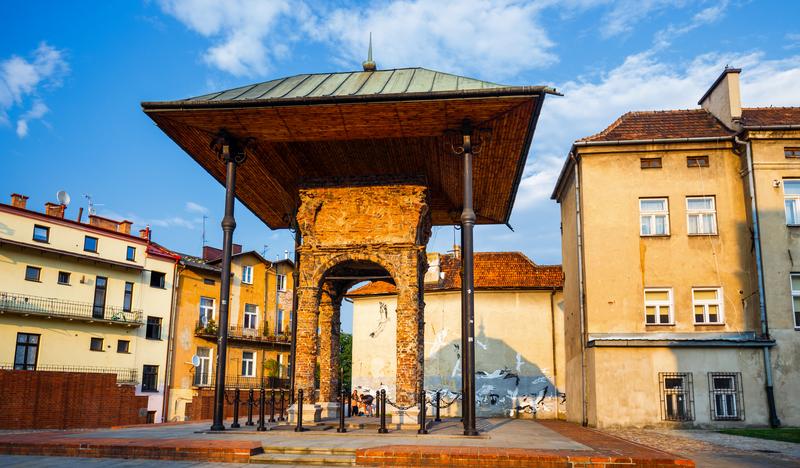 Show details
It was the central place, the lectern and the space for reading scripture. Bimah at ul. Żydowska in Tarnów is the only visible remnant of the Old Synagogue that was erected in this place in 1630.

It was built in the Baroque-mannerist style, on a square plan. Unfortunately, it burned down during a city fire, but was then rebuilt and modernised. In 1939, the Germans burnt the synagogue down and then blew it up. All valuable items that decorated its interiors, such as two silver candlesticks, a polychrome Renaissance wardrobe – were either destroyed or plundered. Only the bimah, which was placed in the centre of the synagogue in the form of a canopy, from which the Torah scrolls were read, survived. The so-called bimah support, rising up to the roof, was a unique element of the structure, existing only in a few Polish synagogues. Today, the fenced and roofed bimah is the central place of the Days of Galician Jews celebrated annually in Tarnów. 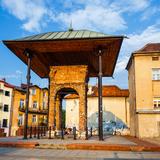 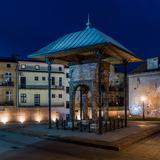 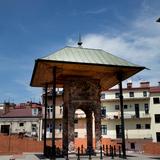 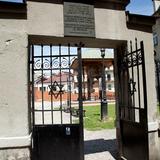 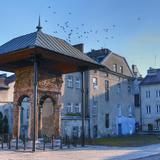