Foothills - if the walls could speak - artykul - VisitMalopolska

Foothills - if the walls could speak 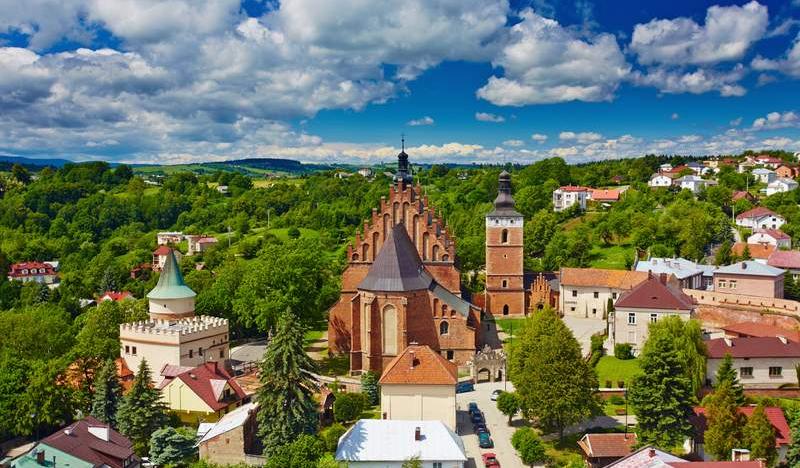 Biecz is a small town with a rich history. In terms of the number of monuments in the Małopolska region, it is ranked on the second place, right after the capital of the voivodeship, which is why it is often called “Little Krakow”. It is also sometimes referred to as the “Polish Carcassonne” because of the preserved fragments of the medieval city walls and buildings from the beginning of the 14th century.

Biecz is a small town with a rich history. In terms of the number of monuments in the Małopolska region, it is ranked on the second place, right after the capital of the voivodeship, which is why it is often called “Little Krakow”. It is also sometimes referred to as the “Polish Carcassonne” because of the preserved fragments of the medieval city walls and buildings from the beginning of the 14th century. It is worth knowing that Marcin Kromer, one of the leaders of the Polish Counter-Reformation and secretary of King Sigismund I the Old, came from Biecz. According to legend, the town was built as a result of a promised made by the cruel robber Becz in exchange for sparing his life. Becz plundered rich merchants and sometimes also poor peasants. He gathered many treasures and was the only one who knew where they are hidden. In exchange for sparing his life, he declared that he would build a settlement. City rights were granted to Biecz in 1257, and thanks to its location it became an important point on the trade route from Hungary, which brought expansion and richness. The urban layout of the town has not changed since the Middle Ages. On the rectangular, large market square there is a town hall with a beautiful, Renaissance tower, which rises over the area and is visible from almost every point of Biecz. A few years ago, the town authorities restored the habit of playing a midday bugle call from it.

Following national road no. 28 to the south, we will reach Szymbark, where we can see the Groblewski family mansion – an important centre of resistance during World War II. In turn, in Bobowa, in the Długoszowski family manor, Bolesław Wieniawa-Długoszowski, an adjutant of Józef Piłsudski, grew up. Wieniawa was one of the most colourful figures of interwar Poland, and he used to come to Bobowa for rest.

Famous figures visiting the Foothills include pianist Ignacy Jan Paderewski. In Kąśna Dolna, located near Ciężkowice, there is an estate in which this master of classical music lived and created in the years 1897–1903. Currently, the manor houses a museum in which great piano concerts are organised.

In Ciężkowice, we can see a perfectly preserved medieval urban layout. The town was founded with a rectangular plan, in the centre of which there is a market square measuring 130 m x 100 m, crowned with the town hall built in 1836. The market square is surrounded by arcaded houses erected at the turn of the 18th and 19th centuries with peculiar architecture - wooden or partially stone, one-story, facing the market square with deep arcades supported by decorative wooden poles. Under some houses there are cellars with stone cradle vaults. In Ciężkowice it is worth visiting the church of St Andrew the Apostle, where you can see the wonderful painting of the Merciful Christ Ecce Homo, donated to the town by Pope Innocent XI.

From Ciężkowice, it is worth going to Ryglice, where a regional chamber, a bourgeois room and an exhibition hall were created in the renovated manor granary.

Heading west from Ryglice, it is impossible to bypass Zakliczyn. Wooden buildings, specifically one-story houses from the 18th and 19th centuries, have been preserved in this town. They can be admired especially at the market square. Noteworthy is also the church of St Giles, founded in the 12th century by the Benedictines.

In Rożnów, located south of Zakliczyn, on the steep hill above the Dunajec river there are ruins of a castle from the 14th century. It is notable that in 1426 it was owned by the famous Zawisza Czarny of Garbów. This is not the only attraction of the town – in Rożnów you will find a Renaissance defensive building, which is part of the fortress built by Jan Amor Tarnowski in the 16th century. At that time, it was one of the most modern fortresses in the whole Europe.

We are heading to Czchów located by the Dunajec river. On the hill you can see a tower, which is a fragment of the former Gothic castle. From the hill, which took the name after the stronghold, there is a magnificent view of the Dunajec valley. Another attraction of the village is the market square with historic tenement houses with arcades and the parish church complex of the Nativity of the Blessed Virgin Mary.

Another particularly interesting site is the Goetz Palace located in Brzesko, about 20 km north of Czchów. It used to be the seat of the Goetz family from Okocim, owners and creators of the Okocim Brewery. Currently there is a restaurant there, and the complex is used for organising weddings and corporate events.

We move from Brzesko to the south-east, to visit the former residence of Kmita, Barzi, Stadnicki, Lubomirski, Sanguszko, Potocki and Zamoyski families – the castle in Wiśnicz. There is a legend associated with the stronghold. After the battle with Turks at Khotyn in 1672, won by the Poles, prisoners of war captured by the Dniester river worked on the construction of the fortress. Apparently, they tried to escape from the castle using the wings they constructed. Unfortunately, the plan failed, and in memory of these daredevils the places of their fall were marked with columns.

We remain in the shadow of historic strongholds and move to the royal castle in Dobczyce. It was built in the 14th century and until 1702, it served as a military stronghold. The end of splendour of the fortifications came after the Swedish invasion – from that time the castle began to decline, and in the 19th century its demolition was initiated. Currently, the partially restored castle is open to the public and is visited every year by nearly 20,000 tourists from Poland and abroad. In the town itself, the following temples deserve attention: church of Our Lady Help of Christians, where in the central part of the main altar there is a polychromy with a Gothic pieta presumed to be the work of Veit Stoss dating from the 15th century; and church of St John the Baptist, which has a children's epitaph made of white marble by Sebastian Lubomirski in the 16th century, an interesting pulpit, five wooden altars and stations of the Passion from the 18th century. Moreover, a 19th-century belfry was erected next to the temple. In its central arcade there is the “Jan” bell casted in 1504, which survived the times of World War II. The aforementioned temples, the Old Town Hill and the Defensive Walls as well as other points in the town make up the tourist trail “Traces of history”.

Other interesting sights include the Gothic church of St Mary Magdalene in Zborowice, palaces in Sieraków and Paszówka, turned into hotels, and the wooden manor house Koryznówka in Nowy Wiśnicz. Koryznówka houses the Jan Matejko Memorabilia Museum, where you can admire items related to the artist's stays in the Wiśnicz region. It is worth mentioning that Koryznówka is one of the monuments of the Wooden Architecture Route. 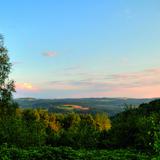