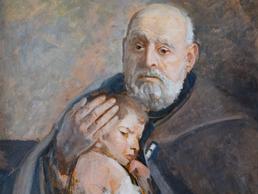 http://www.albertyniprzytulisko.pl/muzeum
domgeneralny_alb@zakon.opoka.org.pl
Show details
This used to be a shelter for homeless people. Today the building houses a soup kitchen. There is also a memorial museum of Brother Albert Chmielowski on two of the floors.

Adam Chmielowski, later known as Brother Albert, was born in Igołomia. He lost a leg during the January Uprising. He studied painting in Warsaw, but dropped out and went to Munich. When he returned to Krakow he became involved in helping the homeless. In 1887 he founded the Albertine Brothers, whose main aim was to help the poor and needy. Today, the Albertine Friars' monastery at 43 Krakowska Street houses a museum dedicated to the work of St Brother Albert. The museum collection includes a dozen or so paintings of St Brother Albert by Adam Chmielowski and a small collection of memorabilia of the St Albert. In addition, the museum features paintings by friends of St Brother Albert, including Leon Wyczółkowski. The museum can be visited daily by appointment. 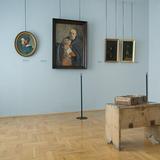 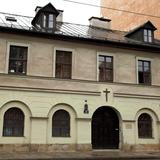 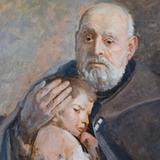