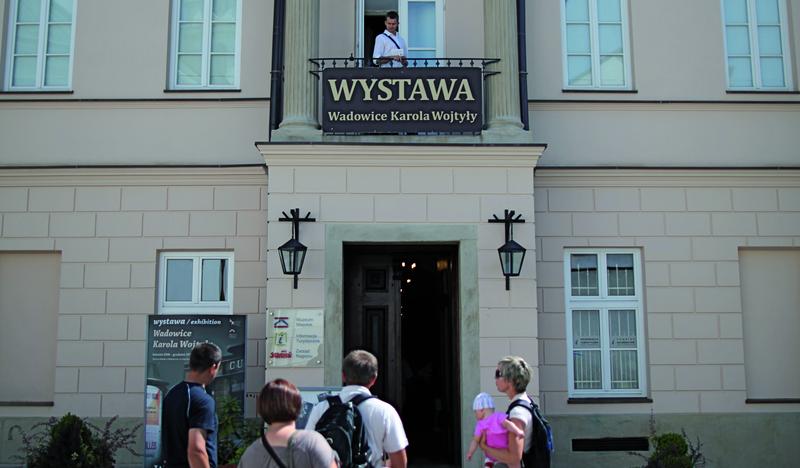 http://www.wck.wadowice.pl
muzeum@wck.wadowice.pl
Show details
The museum is located on the second floor of one of the oldest tenement houses in the city, right next to the family home of Karol Wojtyła. The classicist mansion-style building dates back to the early 19th century and has a colourful history. The exhibition shows the Wadowice of the future Pope John Paul II’s childhood and youth. The collected items are impressive.

The museum has a historical and regional character. Particularly noteworthy are: the collection of postcards with views of the city from the Galician and interwar period, paintings and sculptures by artists associated with Wadowice, works of folk artists, among others. Jędrzej Wowry, and the works of young artists from Wadowice. Thanks to multimedia exhibitions, we will see how Wadowice functioned in the interwar period and we will take a look at the local market, which was teeming with life as an important commercial centre.

The Wadowice City Museum takes visitors on an exciting journey through time. The city during the Galician and interwar period is well-illustrated through a collection of postcards. And, thanks to multimedia exhibitions, everyone can go back in time to Wadowice during the interwar period, take a look at the market square, an important trading centre that bustled with life. Another presentation provides an opportunity to learn about the history of the 'Sokół' ('Falcon') Gymnastic Society and other cultural and social organisations of the first half of the 20th century. A recreated schoolroom from the early 20th century allows you to imagine what learning was like at that time. You can learn about the history of local education, try your hand at calligraphy, print a document of your own on a 19th-century printing press, or try on a turn-of-the-century outfit. There is also an opportunity to practice the old methods of writing or counting. In one of the rooms you will feel the atmosphere of an apartment and touch furniture that is typical of the early 20th century. An album of Wadowice residents is laid out on a table, and excerpts from pre-war broadcasts can be heard from an old radio. Finally, in the photo atelier you can have your picture taken in period costume. The Municipal Museum in Wadowice also commemorates the Jews of Wadowice. Particularly noteworthy are paintings and sculptures by artists associated with Wadowice, works by folk artists including Jędrzej Wowra, and works by young Wadowice artists. The exhibition 'Karol Wojtyła's Wadowice' combines multimedia content is archival photographs, documents and artefacts in an innovative and extraordinarily interesting way.Moreover, documents, photographs, seals, books, numismatic items and maps related to the city are collected. As part of the permanent exhibition on the history of the Wadowice region, we will see a menorah, hanukkah and a treasury of the Chevra Kadisha brotherhood – the only item left from the synagogue in Wadowice. Other memorabilia of the local Jews are also on display, including a school report of a Jewish student, photos of sports teams, photos of Jews – citizens of the city, synagogues from the interwar period, fire and demolition of the temple by the Germans.

The exhibition "Karol Wojtyła’s Wadowice" is an innovative combination of archival photographs, documents and multimedia exhibits. 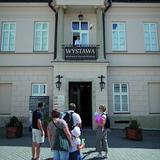