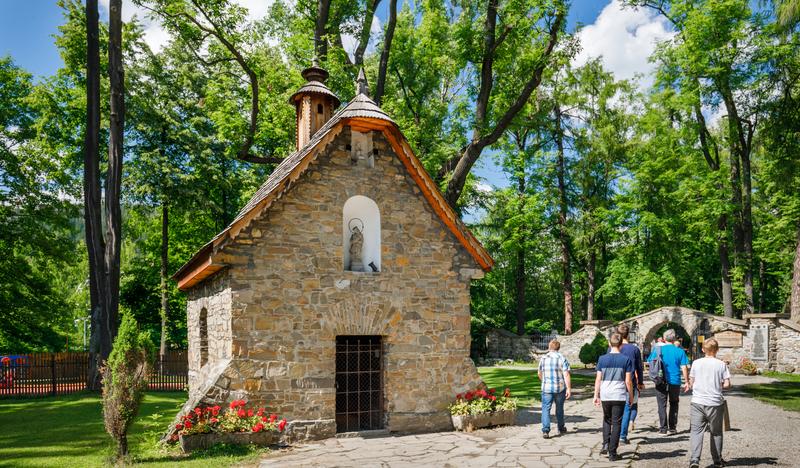 Show details
In Zakopane, by the cemetery on Pęksowe Brzyzko, is the former Saints Regina and Paul brick chapel that today is dedicated to Saints Zorard and Benedict.

Built by Paweł Gąsienica, the Gąsienica Chapel dates back to the year 1810 and is the oldest sacral building in Zakopane. Prior to the foundation of the local church, masses and services were held in the chapel. In the aftermath of World War II, the interior was renovated according to the design of the famous sculptor Antoni Kenar, which is when Saints Andrew Zorard and Benedict became patrons of the chapel, commemorated by the statues in the interior. The chapel remains closed and touring the interior is impossible – the door is locked with a metal grate – but visitors can look inside through the glazed door. Legend has it that the funds for its construction were raised by local thieves who donated their spoils to atone for their sins. The interior of the chapel is very modest, It features a crucifix, a stone altar and four bas-reliefs decorating the wall. 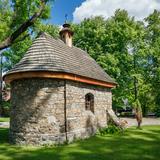 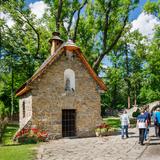