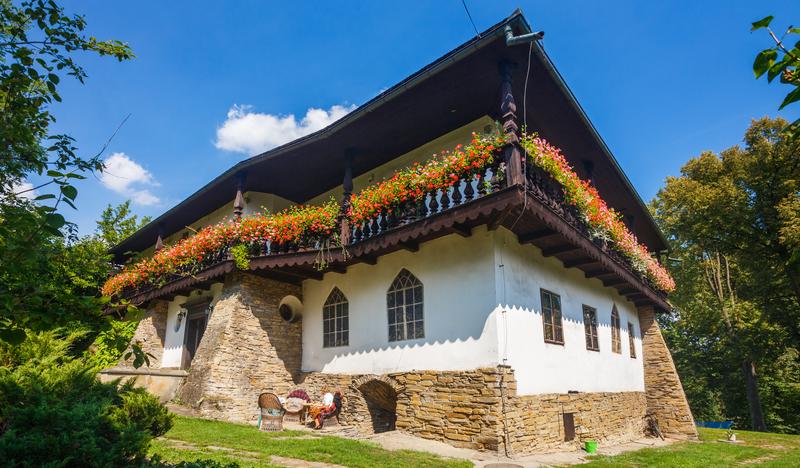 www.dwor-stryszow.pl
dworstryszow@wawelzamek.pl
Show details
The manor house, erected at the end of the 16th century as a defensive manor, was rebuilt in the mid-18th century. Today it is a museum institution and a branch of the Wawel Royal Castle. Its main attraction is a permanent exhibition of the interior of a Polish manor house from the 19th century.

The manor house stands on the border of the Wieliczka Foothills on the edge of the Maków Beskids at the foot of the Chełm Mountain on the Stryszówka River. It was built at the end of the 16th century by Adam Suski. The ground floor is a remnant of the original building, which was a residential defensive tower, as evidenced by the preserved two buttresses and thick walls built of sandstone blocks and lime mortar. Today it is in the shape created during the reconstruction carried out by the Wilkoński family in 1741, which transformed the defensive manor house into a country residence in the baroque style. The first floor with spacious rooms was added in wood, stone and brick, and the building was framed with diagonal stone buttresses, and wooden railings on porches were added on three sides along the entire walls. The exterior and interior walls and ceilings were decorated with Baroque polychrome. In the 19th century, Julian Gorczyński expanded the residential part with a two-storey annex, now no longer in existence. Most of the polychromy washed away, was painted over or covered with plaster, and classicist fireplaces were added. An English landscape park was also created here. The wooden farm buildings were replaced by brick ones, including a granary, a cowshed and a farmhouse. During the Second World War the Germans housed an agricultural school in the manor house and used the park for cultivation. After the war, the park was parcelled out for building plots and the trees were cut down. Grain and fertiliser were also stored in the manor house. In 1958, the devastated manor house was taken over by the Wawel Royal Castle National Art Collection. After renovation, it was used as a House of Creative Work and a summer camp, and in 1969 a museum was established. The manor is one of the most interesting rural landed gentry residences in the region. The interiors on display reflect the atmosphere of a middle-class Polish manor house from the 19th century. The exhibition includes a living room with fragments of original 18th century polychrome paintings and furniture, a dining room with a long table, chairs and sideboard, and the owner's cabinet with a library and a bedroom. 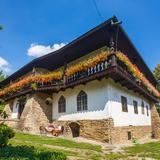