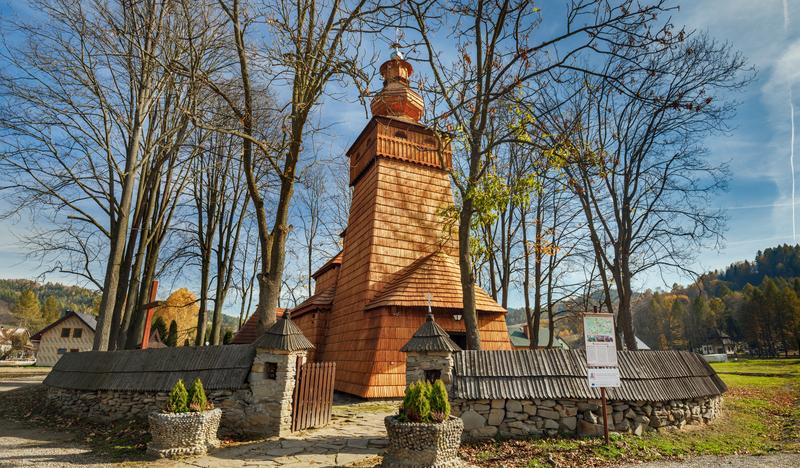 parafiapowroznik.pl
powroznik@diecezja.tarnow.pl
Show details
The oldest Orthodox church in the Polish Carpathians, built in 1600, is the Orthodox Church of St. James the Less in Powroźnik.

The church was rebuilt by altering its original body; after the flood in 1813-1814, it was moved away from the river to its current location. The temple consists of the chancel, to which the sacristy adheres, the nave and the narthex covered with a tall tower. The chancel is covered with a three-slope roof, and the nave is covered with a tiered hipped roof crowned with a spherical cupola with an apparent lantern. The roof of the tower also has a cupola with an apparent lantern. The walls and roofs of the church are covered with shingles. The historical 18th-century furnishings have survived within the temple. The beautiful iconostasis is divided: the upper part has been left in its original place between the nave and the chancel, and the upper icons have been transferred towards the walls of the chancel. A valuable element of the church furnishings is also an 18th-century Baroque side altar with a picture of Christ at the Column and many valuable icons. A valuable figural polychrome dating back to 1607 has survived in the sacristy (the former chancel). Today the temple serves as a Roman Catholic church. In 2013, the temple was inscribed on the UNESCO World Heritage List. 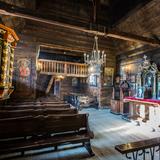 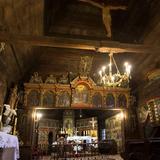 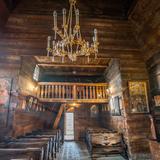 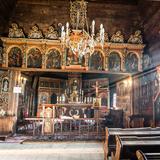 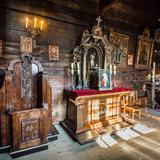 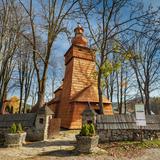 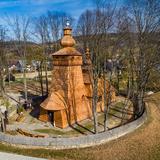 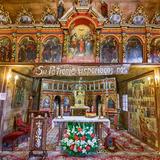 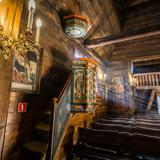 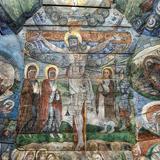 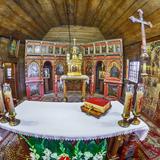 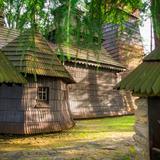 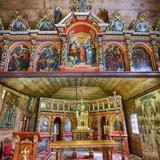 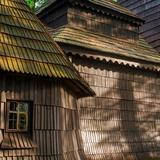