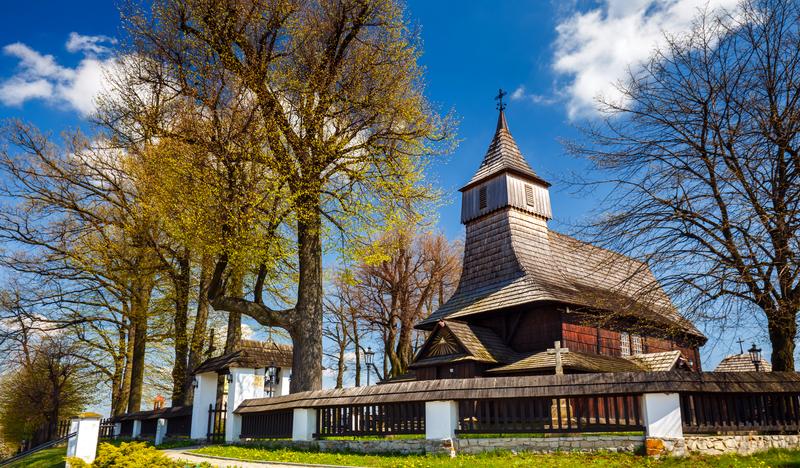 www.drewniana.malopolska.pl
Show details
St. Martin’s Parish Church in Zawada (C15th) stands on the crest of a hill. The church interior has impressive C20th polychrome decoration figurative on the ceilings and ornamental on the walls. The oldest fitting elements are the four late-gothic bas-reliefs on the choir parapet.
Another precious relic is the late-gothic crucifix from the beginning of the C16th. The early-baroque main altar from the first half of the C17th contains a painting of St. Martin which also dates from the same period. A curiosity is the chain, hung between the nave and chancel, which was probably produced by a blind pastor from a single piece of wood. Zawada is situated on the top of St. Martin's Peak (384 m above sea level), about 5 km south of the centre of Tarnów. The first mention of the Zawada parish comes from 1326. Archaeological digs have uncovered the remnants of an early medieval hill fort (dated at 9 th - 11 th century) and a near-by settlement from 10 th - 12 th century. The castle ruins are situated on a rocky peak on the north-east of the hill. The building was raised between 1328 and 1331 by Spycimir of Malsztyn.
Back 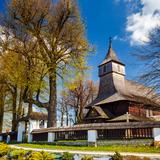 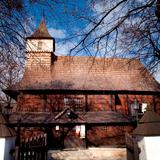 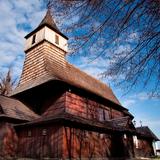 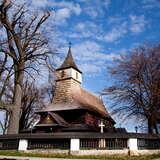 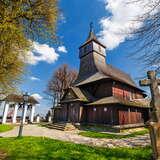 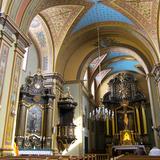 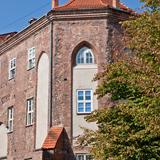 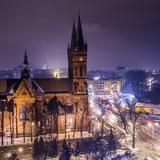 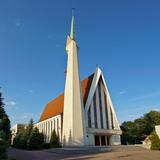 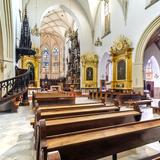 Sanctuary of Our Lady of Sorrows T... 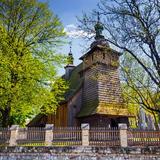 Church of the Assumption of Holy M...

See more Go to Article Church of the Assumption of Holy Mary, Tarnów