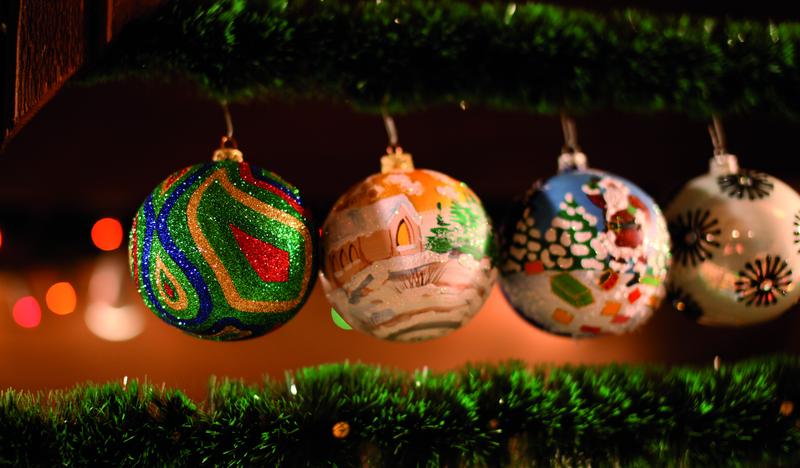 One of Christianity’s most important festivals, Christmas is celebrated on 25 and 26 December in commemoration of the birth (or incarnation) of Jesus Christ. In the Polish tradition, it is probably the most beautiful festival with the most special family atmosphere. There are a number of irreplaceable customs and traditions, such as putting up an elaborately decorated Christmas tree, sharing the wafer, exchanging wishes, carol-singing and presenting one another with gifts.

Christmas tree is the most important decoration of the Christmas period. It is usually adorned with colourful glass balls and paper chains. Before the sun sets on Christmas Eve, people put out gifts for the family, which, according to the local tradition, are brought by an Angel rather than the Santa Claus, like in the rest of the country.

The Christmas eve supper is a special meal, during which one can eat certain rare vegetarian dishes served only on that day of the year. Traditionally, there should be no less than twelve dishes. Among the most commonly served dishes are: Ukrainian-style beetroot soup with mushroom-stuffed ravioli, dried mushroom soup, fried carp (preferably the so-called karp zatorski), sauerkraut with chickpeas and mushroom. The most traditional desserts are poppy seed with mixed dried fruit and nuts, dumplings with poppy seed, stewed dried fruit and different cakes.

Carol-singing is another tradition closely connected with Christmas. Carols are sung at home and in church. One can also listen to performances of dressed-up carollers who go from house to house. Among the masquaraders are usually carollers disguised as a turoń (a strange character with the head of a ram or a goat), Father Christmas (walking at the front with a big star cut out from paper), the Magi, a Jew, a Gypsy woman and musicians… Their singing is rewarded by small sums of money. If they do not get any, they often misbehave!

Pasterka is a festive mass celebrated on the midnight between 24th and 25th December. It is one of the crucial moments of Christmas celebrations. The residents of Kraków traditionally went to the city’s most important church – St. Mary’s Basilica in the Market Square. 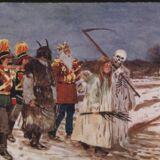 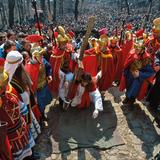