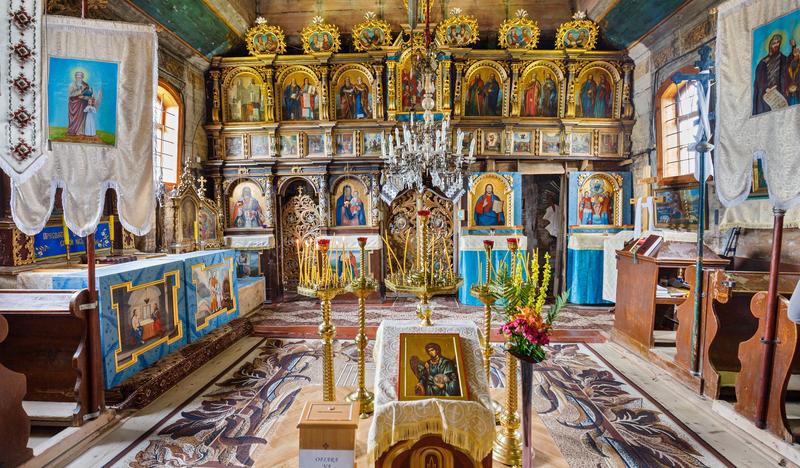 www.drewniana.malopolska.pl
Show details
The local Orthodox church, erected in 1779, differs a little from the previously described Lemko churches.
Instead of being shingled, its walls are boarded with brown-painted horizontal planks, while the roofs and their bulbous domes are covered with sheet metal. The upper part of the tower is graced with painted clock faces. The interior, partially altered at the beginning of the 20th century, is decorated with a figural, ornament and architectural polychrome. The iconostasis and the side altar with an icon of the Mother of God are Baroque and come from the 18th century.
Back 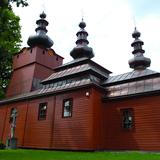 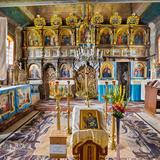 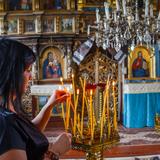 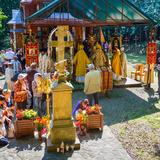 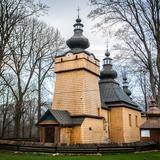 Orthodox Church of Protection of t... 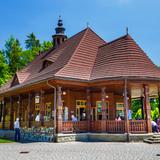 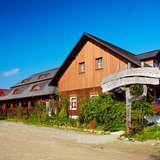 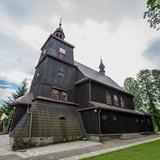 The Parish Church of the Assumptio... 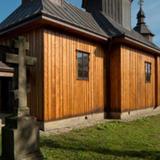